END_OF_DOCUMENT_TOKEN_TO_BE_REPLACED

We look ahead to tonight’s ProductionBase Turn On, Tune In at The Hospital Club. First up, we’ll be joined by award-winning Director, Dan Reed, whose powerful, visually-distinctive documentary work has won international acclaim.

After 6 years working as a Director at the BBC, he left in 1998 to make a documentary for Channel 4 about the war in Kosovo; True Stories: Kosovo – The Valley. Dan and his crew risked their lives to gather footage from both sides of the front line to create the feature length documentary, which was later nominated for the Flaherty Documentary Award at the BAFTA Craft Awards in 2000.

END_OF_DOCUMENT_TOKEN_TO_BE_REPLACED

I wanted to highlight some of the events we have been doing over the past two years or so in conjunction with Channel 5’s Head of Development, Beren Money.

Taking in two great locations, The Hospital Club in Covent Garden and On The 7th at MediaCityUK in Salford, we have been able to reach out to our members and get them in the same room, over a drink, with some of the industry’s movers and shakers.

To date, we’ve had a brilliant, diverse selection of speakers – from producers, directors, writers and talent to technical geniuses who are changing the whole landscape of the medium. END_OF_DOCUMENT_TOKEN_TO_BE_REPLACED 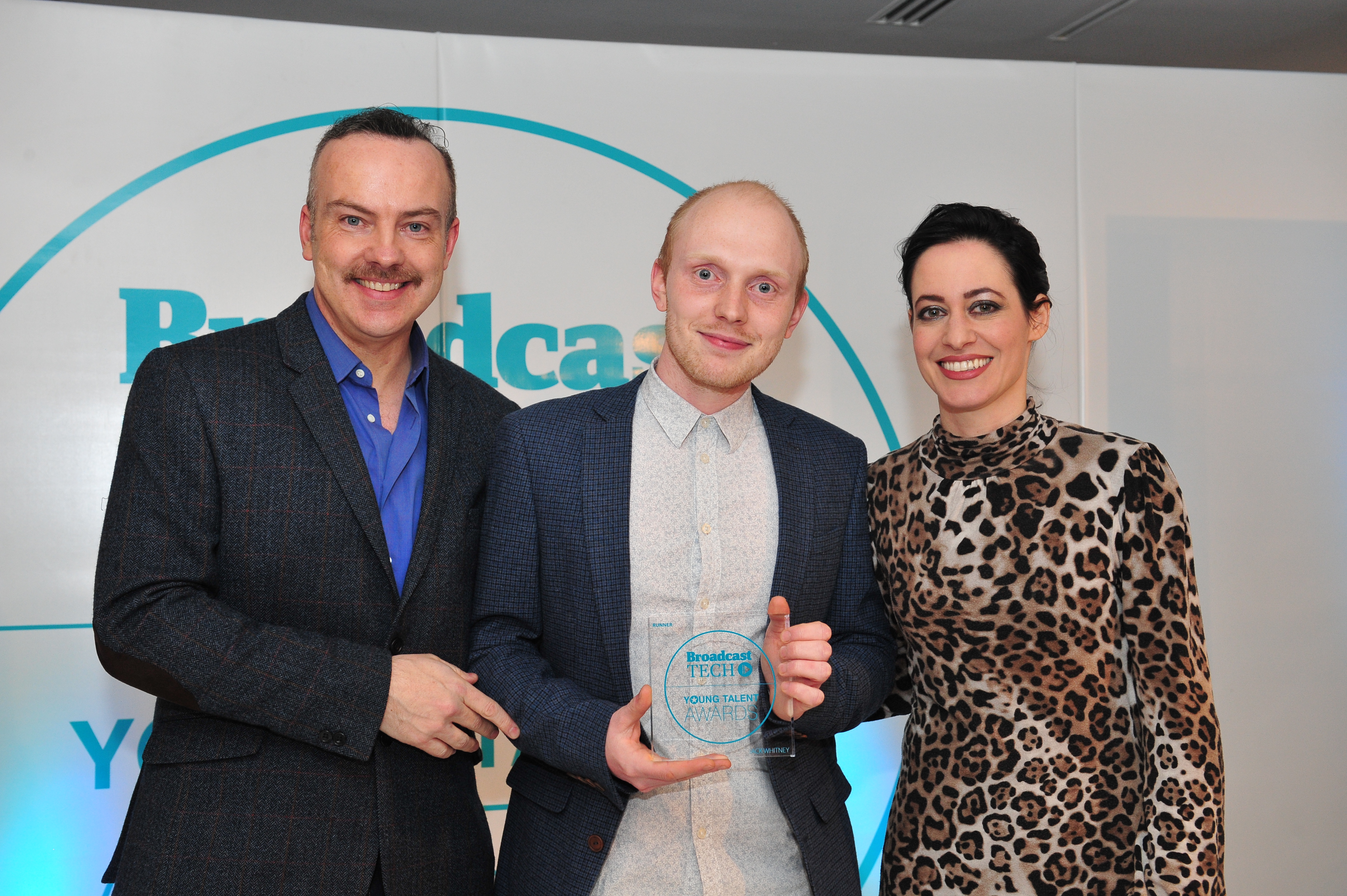 The ProductionBase team got their gladrags on at The Hospital Club last night for the inaugural Broadcast TECH Young Talent Awards, which honour those under 30 working in the fields of broadcast craft and technology. There were 11 hotly contested awards up for grabs covering a range of disciplines.

ProductionBase were proud sponsors of the Runner of the Year award, which featured some top nominees from across the industry. Congratulations to Jack Whitney (@Jack_Whitney) of 5A Studios, who came out on top for his creativity and efficiency, also impressing top clients with his sound design and track laying skills. Jack’s next assignment will be his first musical composition, for Discovery series Mercenaries. We’ll be featuring a full Q&A with Jack in our next Word of Mouth newsletter, so look out for that in the coming weeks.

Also highly commended was Mark Hills (Soho Square Studios) who was nominated in part for his work on the short film, Rabbit Foot, due to screen at next years’ Sundance Festival. For a full list of winners visit Broadcast TECH.