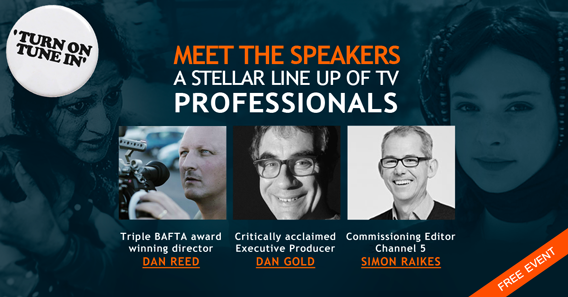 There was a packed house in The Oak Room at The Hospital Club last night for our latest Turn On, Tune In event, where we were joined by another line-up of top speakers.

First up were Dan Gold (Executive Producer) and Simon Raikes (Commissioning Editor), discussing Channel 5’s critically acclaimed series, Britain’s Bloodiest Dynasty: A presenter-led narrative documentary charting the rise of the Plantagenets, the show brings to life one of the most visceral and violent chapters in British history. END_OF_DOCUMENT_TOKEN_TO_BE_REPLACED