What is a Film Director?
Film Directors have creative autonomy over a production. The Director is the most important person in the production team. Even with the best actors and actresses, and most highly trained crew members, the entire production can fall apart if the Director does not play their part. In this article, we will be discussing the key responsibilities of the Director, their key skills, and how you can become one.

Film Directors generally have the final say on the hiring of actors and actresses. They will work the Casting Director and Producer throughout the hiring process. Further they will, as the name suggests, direct the actors’ performance throughout rehearsals and filming to ensure the creative brief is realised.

During post-production, the Director works with the various Editors to ensure the final creative outcome of the project. Together, the Producer and Director will decide upon the various advertising outlets the film will be promoted via. 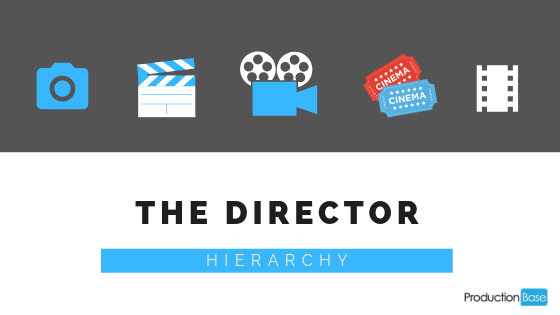 Salary & Working Hours
Directors work on a freelance or self-employed basis. Salaries can vary hugely, and largely depend upon the scale of the production, location base of the production and of course, the experience of the Director. For instance, when working on a film which is a global success a Director could earn in excess of a 6-figure sum. You can find out more information from Directors UK on freelance rates and other useful topics.

If you are in need of financial inspiration just take a look at this list of the 15 top-earning Film Directors at the US box office which includes the likes of Steven Spielberg, David Yates and, Christopher Nolan. 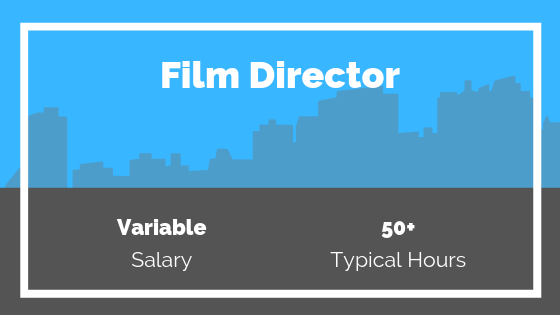 Working hours for a Film Director can vary significantly depending upon the stage in the production process. A Director may spend some days working in excess of 12-hours. On top of this, the Director will have to attend various meetings with different production departments giving advice and guidance to ensure the creative brief is met.

Working hours can be very unsociable due to production requirements and timelines. As a Director, you should be prepared to travel abroad or away from home for long periods of time depending on the needs of the production.

How to Become a Film Director
Education
While a formal qualification is not a necessity for becoming a Director it can be a great way to get yourself started in this incredibly competitive industry. Met Film School offers a range of courses in Directing. The courses help you develop core skills, and give you the opportunity to learn from some industry greats to include David Yates (Harry Potter), Stephen Frears (Bugsy Malone) and Armando Iannucci (Alan Partridge). You can find out more about these courses here. Alternatively, why not hear what their students had to say below.

Experience
At the end of the day, being successful as a Director comes down to experience. From the point at which you first enter the industry, to where you become a Director, it is all about learning, developing your skills and building your industry contacts. Just like with every other role in the industry, you have to work your way up. Thus, Directors usually start out at the bottom of the ladder as a Runner or Production Assistant.

Courtesy of Met Film School (and Reddit) we can share with you 3 great tips from the world’s best Directors to help you on your way to greatness.

“…in order to create movies, you should not solely be inspired by movies. It is important to enrich your storytelling language with every form of storytelling media that resonates with you.”

2. James Cameron on sitting down

“As a film director, the best advice I ever got was from Roger Corman. He said “film directing is hard work, sit down as much as possible.”

“Advice would be get familiar with the Golden Age of Movies. Movies were better-constructed and better-directed in the years between 1912-1962 (slightly arbitrary 50 years but that’s about right).” 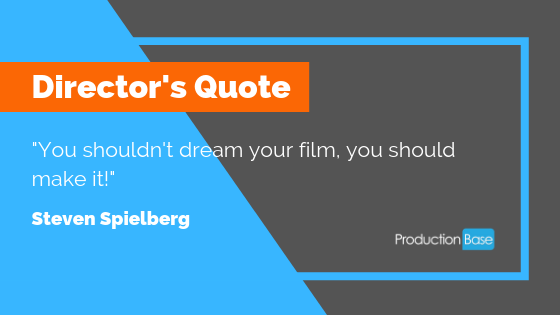