Social media has become one of the best ways to build an online profile as a freelancer working within the media industry. It can be a useful method of getting traffic through to your website or ProductionBase profile and getting exposure that you wouldn’t necessarily achieve through other avenues. Plus, it enables freelancers to connect with other like-minded professionals to share experiences and advice, as well as job leads. Here are a few tips on how to make the most of marketing yourself through the successful social media platforms Twitter, Facebook and LinkedIn. 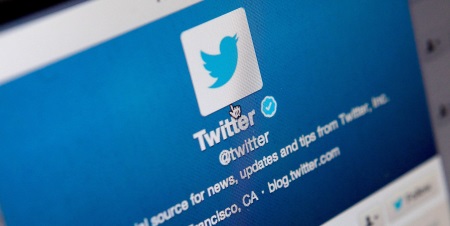 Twitter can be a great connection point between freelancers and potential clients, as social media platforms like twitter have provided not only easier access to production companies but an easy way of keeping your clients up-to-date regularly. The real advantage of Twitter is that as there is a limited amount of characters, it is quick and easy to keep track of the issues and opportunities arising within the media industry in a short period of time. Here are a few tips on how to make the most of your twitter account:

END_OF_DOCUMENT_TOKEN_TO_BE_REPLACED

As Facebook, Twitter and the like spawn millions of amateur critics, Anton Bitel explains how social media is becoming an effective tool for predicting box-office performance.

Dr Bernardo Huberman may hardly be a household name, but as consulting professor of applied physics at Stanford University and director of the Social Computing Lab at Hewlett-Packard Laboratories, Hollywood has certainly been taking notice of his recent research into attention and influence in the new online social media. “Our whole recent focus is at the intersection of information technology and social behaviour—the notion of social attention, and how attention is allocated to content—if only because information is now so plentiful and free, but attention is so scarce,” he tells movieScope. “As part of that, I always had this notion that where attention goes, you can predict the future in a sense, if only because so many people are focused on that. And the reason I chose movies is because you can predict something very concrete, which is box-office revenue.”.

Huberman’s co-authored article ‘Predicting the Future With Social Media’, published in March 2010, demonstrates a direct, measurable correlation between the number of ‘tweets’ referencing a given film title in any week, and the film’s box-office takings the following weekend. Indeed, the predictions of his analytic model, which were further fine-tuned when the sentiments (positive, negative or neutral) of the tweets were taken into account, proved considerably more accurate than pre-existing predictive models, including the industry’s gold standard, the Hollywood Stock Exchange. And while the study has taken Twitter as its focus, Huberman is quick to point out that “this can be done in any social medium.” END_OF_DOCUMENT_TOKEN_TO_BE_REPLACED

How will social media affect the way that we make and watch programmes in the future? This week Moray caresses his crystal ball to find out.

“Social media” is the hackneyed phrase of our time, attached to any venture which could involve a minimum of two people and a computer. The phrase seems as likely to refer to the rejig of a coffee-shop’s opening hours as to a new version of Facebook. It’s the kiss of death to any executive proposal if “social media” isn’t incorporated somewhere in the first line. It’s a compelling bandwagon, and I’m as liable as anyone to be geed-up by the Socialnomics viral that took marketing execs by storm last month.

But just because the ‘social media’ phrase is as indistinct as New labour’s ‘Third Way’, doesn’t mean that social media isn’t going to affect the way you work too. You might think that telly is a social medium already, but here’s my latest crystal ball reading on what Social Media will mean for television production. In short, we’re all going to be at it soon.