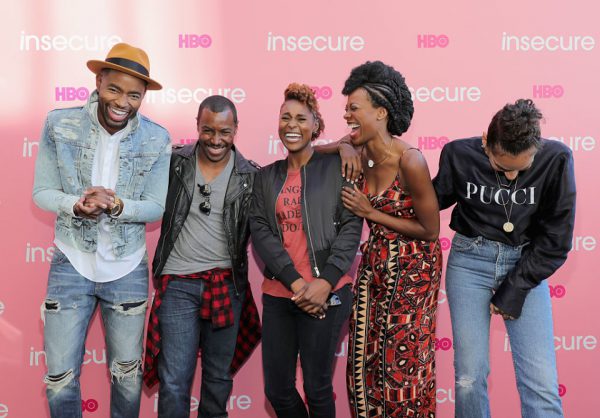 Issa says she did not see herself being accurately portrayed in mainstream media, so she set out to fill the gap herself. She gained a massive following online through her mini-series The Misadventures of an Awkward Black Girl on YouTube, which garnered almost 20 million views.

With the help of her peers, she was able to create a visual story that got the attention of HBO, and she was later offered a chance to produce her own series on their TV channel. This shows the success that you can achieve by enlisting the help of those around you, who have similar aspirations and goals.

Having to network doesn’t need to be so daunting! You don’t need to awkwardly introduce yourself to the CEO at staff parties in the hope that they will remember you. A lot of the time the higher ups are out of reach and don’t really have any need for your help.

Networking is relationship building based on helping one another – a ‘scratch my back and i’ll scratch yours’ kind of mentality. And often at the beginning of your career, you’re not always in a position to provide assistance to someone who far outranks you. That’s why it is a lot easier and more beneficial to enlist the help of co-workers.

Building a foundation among your peers can be your most important career move – as you’re all starting out at the same level, they are the people who can be more willing to help you, and in turn, be accepting of your assistance.