In this edition of Word of Mouth we talk to Director and Producer/Director, David Whitney, about his career to date – working around the world on TV, film and branded content projects.

How did you get your big break, and what was your first job?
My first job in the industry was working as an Assistant Grip on a low budget feature film in the late 90s. I was still a teenager and it was all very new to me, in fact I thought it was crazy – lots of grown ups shouting at each other, people crying on set, tantrums, numerous affairs… but it was great fun and didn’t put me off.

I knew I didn’t want to work on the technical side of things, so I took a job working as a Production Assistant at a well-known film company. One thing led to another and in my early twenties I got the opportunity to direct some corporate jobs, then TV commercials.

In 2005 I directed a short film, which led to my nomination for BBC New Filmmaker of the year, and from that I began directing TV drama, as well as more ads and branded content. After festival success for my short film, George’s Day (starring actor Michael Byrne), I raised the finance for my debut feature, which was released around the world and picked up by Netflix. This has led to countless other opportunities shooting all over the world. It’s been a fascinating ride!

You have had a varied career to date, working across television, feature films, and branded content. What do you enjoy most about covering the different disciplines?
Variety is important…it keeps me sharp, focused and heightens my enjoyment of the work. One discipline also often feeds into another. For example, my TV drama and film experience have proved useful when pitching for drama-based branded content and commercials, and my TV commercials have also helped to win several pitches in the content world.

You have produced and directed a number of feature films. Were you involved in helping to get any these productions financed?
I was involved in financing all of my films from day one. One day I’d love to be getting phone calls from Producers asking me to direct a fully financed project, but until that day, like most people, I self-generate and put together the finance for my own stuff. 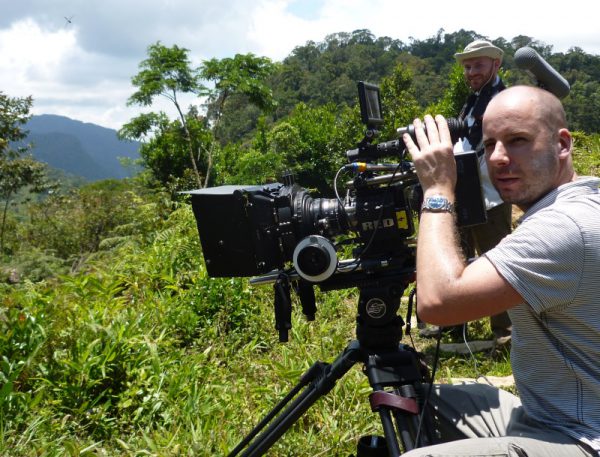 How does working on a TV production compare to a feature film?
There are many similarities, but due to the nature of my last feature film (which was shot in Pakistan and Tunisia), that project was just a lot more dangerous and less structured than the TV work I’ve done. That’s not to say that it wasn’t done in a professional manner, as we all strove successfully to keep on schedule and within budget, but it was a low budget indie project shot in the Pakistani desert, so there were some hairy moments, and a lot of guns. There are fewer loaded weapons on a BBC shoot!

How do you manage to successfully combine working across TV and commercial production?
The two aren’t mutually exclusive. Many directors shoot films, broadcast docs and/or drama, then also shoot commercials and high end branded content. I stay in touch with producers and production companies in all fields, letting them know what I’ve been shooting recently, and they seem to like the variety and breadth of my work. I’m not a ‘jack-of-all-trades’, as I don’t direct music videos, entertainment shows, news or live events, but I find that drama, commercials and content (including documentaries) complement each other nicely.

You have often worked as both producer and director – do you enjoy the extra responsibility that this entails?
I do actually, although I’m also quite happy to work solely as a director. When I am asked to be a P/D, I can wear my producers hat, solving logistical challenges and putting together budgets and schedules – it’s all part of filmmaking and I love it.

I’ve had some really fascinating projects as a P/D over the years and faced some intriguing situations, including getting my crew and kit into Iraq (7 times), Afghanistan (3 times), Somalia (twice), Russia, Madagascar, Thailand, The Maldives and many more. They all have different requirements and need a good degree of patience and diplomacy, especially in Iraq, where I once had to persuade a suspicious Iraqi Brigadier to give me back my rushes. On another occasion, a box of cookies and a packet of fags bribed me across the border into Romania in 2000. It also means that I can have a say in moulding the production around my creative vision, rather than being told the way it has to be.

You’ve filmed in some very interesting places around the world. What was it like shooting in countries like Tunisia and Pakistan?
Pakistan was totally fascinating and very dangerous. We were in Balochistan, the desert state in the south – a tribal area near the Afghan border. Despite having a lot of security, four of my local crew were shot by insurgents (thankfully they all survived) and we were evacuated out of the desert by the Pakistani army. But up until that point, 22 days into filming, we’d had a pretty amazing shoot. 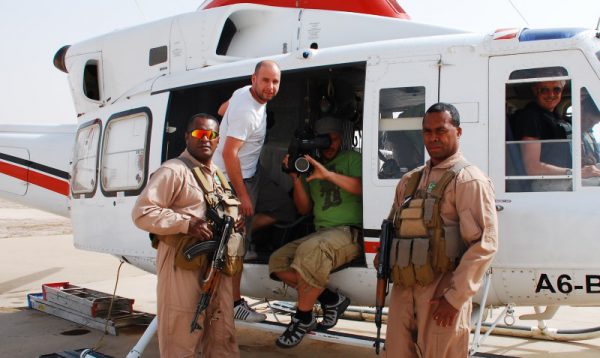 The heat was intense, 45–50 degrees every day, the dust caused all kinds of problems and the infrastructure was challenging, but the biggest hurdle we faced was dysentery. Every British crewmember got sick. I lost tons of weight and suffered from diarrhoea for 18 months afterwards. But aside from that, it was undoubtedly one of the best experiences of my career.

TV drama is a genre that you have constantly come back to. What is it you particularly like about this area of TV?
I like telling stories and creating characters. My four episodes of Moving On for the BBC have been great to do because each director gets their own singular story to craft as they see fit. This freedom is rare and I relish it.

In recent years, TV drama has grown enormously in stature and people often talk of this as a ‘golden age’. The ambition, scope and diversity of TV drama is now so much greater than ever before, and I really want to be part of this revolution.

Is there any production you wish you had worked on?
I recently missed out on a job filming in Nepal as I was already booked up. That stung a bit!

How do you think the industry has changed since you started out?
When I started in the 90s I was fortunate to work on some pretty decent 35mm commercials, and the sheer expense of making quality work prevented anyone without the required budget from entering the market. To produce really high end material, you needed to shoot it on film, preferably 35mm. This was kind of elitist, but now the industry has been totally over-democratized, and cheap HD cameras can shoot really nice looking ‘cinematic’ images, which means that literally thousands of filmmakers can set-up shop and offer their services.

This keeps wages down and has created a huge army of under-paid, under-worked filmmakers all competing for the few scraps of work available. To add to the problem, there are now hundreds of universities offering media courses, so each year thousands of students pour into an industry which doesn’t have the jobs to employ them.

The industry has always been cut-throat and competitive, but never more so than now. I really envy those older producers and directors who were around in the 70s and 80s, making commercials, films, corporates and TV with massive budgets for huge audiences. I know quite a few of them and they all live in very big houses!

What are you looking forward to working on next?
I’m booked to direct a TV commercial next month, plus I’m shooting some interesting online content before that. I am also developing a new film with an exciting writer whose debut movie comes out this year. Our script is based on a true story – I’ve optioned the book and we are putting together the script now. Then we will try to raise finance, which will be hard, but I’m hoping the strong story and central character will help sell it to the market.

David Whitney is a Director & Producer/Director, and a ProductionBase member. You can get in touch with him with via his PB Profile. If you’d like to be featured in a future Q&A, let us know!