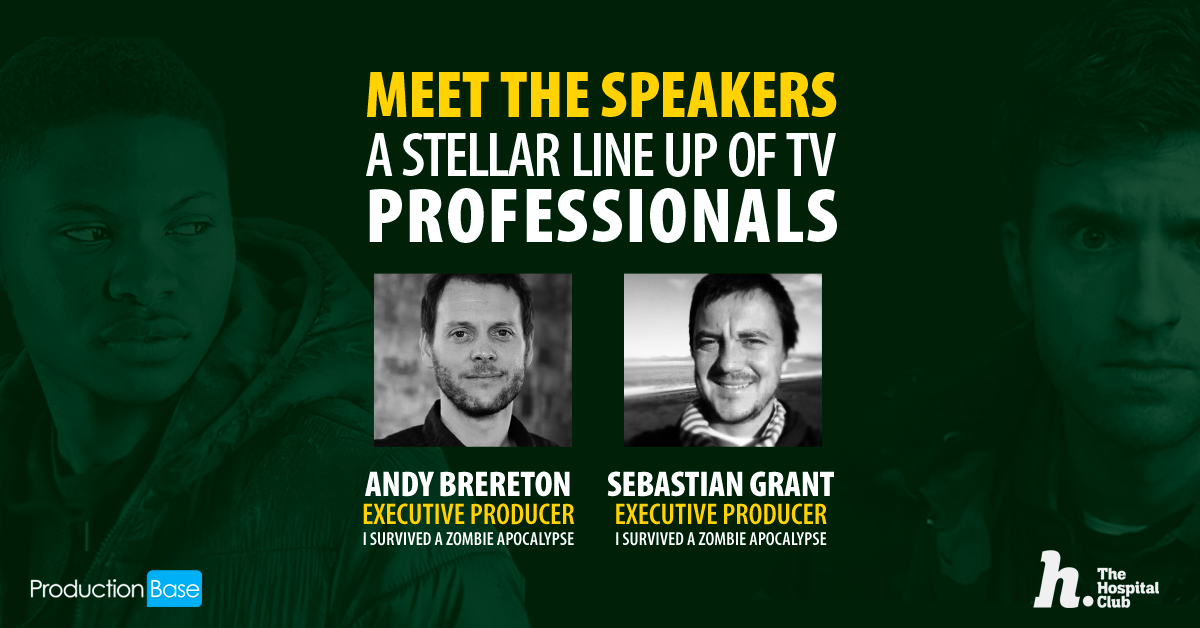 It was another busy night in The Oak Room at The Hospital Club on Tuesday night for our latest Turn On, Tune In event, where we once again hosted a top line-up of industry speakers.

We were joined by Tiger Aspect duo, Andy Brereton (Head of Comedy Entertainment) and Sebastian Grant (Executive Producer), discussing their innovative BBC Three reality-horror-gameshow hybrid, I Survived A Zombie Apocalypse, where 10 members of the public are left in an abandoned shopping centre overrun by zombies. The aim for contestants is to survive for seven days until help arrives, with an array of tasks and games to complete in the meantime. One bite from a zombie and they leave the show in grisly style! Andy & Sebastian took us through the development and pitching process, the challenges of filming with such a large cast, and dealing with the aftermath for the traumatised contestants!

After hours pretending to be zombies in the Tiger Aspect development office, the team shot a taster tape at an abandoned shopping centre in Reading, which was enough to convince BBC Three Controller, Zai Bennett, to give the show a shot. With funding secured to shoot the series in Scotland, the challenge then was to find a suitable location, and an abandoned shopping centre at West Calder ticked all the boxes – the huge site already looked like it had been through an apocalypse! Andy & Sebastian then took us through the casting of the show – as well as a diverse group of contestants, a huge cast of zombies was needed, and they struck lucky after coming across Scare Scotland, who had a group of trained zombies ready to go. Managing the undead became a challenge in itself, and eventually one of the show’s ADs became Zombie-master, with 73 living corpses at his command!

One of the main briefs from the broadcaster was to make sure the experience was genuinely scary for the contestants. It turned out this wasn’t that difficult! Once in the game, the players had no contact with anyone other than zombies – all crew and equipment were completely hidden at all times. The games were kept simple, based on simple survival tasks, with no elaborate setups involved. The team also used sensory cues to immerse the contestants in the situation, with a large amount of cadaver scent used during the shooting of the show! The easiest way to keep the players on edge though was simply to make them wait, and let their imaginations do the rest. It turned out that the contestants were so scared that they had to debrief with a psychologist immediately after leaving the game, and meet with the zombies who’d been hunting them down to be reassured that they were indeed actors!

A huge thank you to everyone that came along, and of course to our speakers on the night, who gave a fascinating insight into a truly original programme. Hopefully a good night was had by all!

The next Turn On, Tune In event takes place at The Hospital Club on Tuesday 23rd June. Look out for more details soon!